Sign up for our newsletter as a registered Pödör club member
5% Newsletter discount after every purchase, even for items on sale

The vinegar experience for beer fans

Vinegar counts as one of the oldest foodstuffs known to mankind. Beer has been around almost as long because the art of brewing goes back a long way in history. It is no wonder then, that these two essences together result in an aromatic combination. Beer vinegar from Pödör stands out due to its intensive taste which arises solely from the fermentation of dark beer. In opposition to vinegar made from golden beers, this beer vinegar tastes more intensive but still tastes good to people who do not like to drink beer. Beer vinegar from Pödör has a certain effervescence which results from special storage technology that retains the freshness of the vinegar.

Vinegar has always played a great role in the health of human beings. Above all it is not to be done without as an effective household remedy. Drunk daily mixed with water vinegar is said to stimulate the production of gastric juices and get digestion going. As a beauty product a rinse with vinegar is an elixir for dull hair. Due to the acetic acid content the scales on the hair close and it becomes smooth again. The result is beautiful, shiny hair. Acetic acid is also very effective against dry, scaly scalp because it balances out the pH value of the skin.

The vinegar should be stored in a place protected from light, sealed hermetically. Under these conditions it has a virtually indefinite shelf life.

The sediment at the bottom of the bottle is natural, not a sign of poor quality.

An unfiltered, undiluted fruit vinegar, so shake it before use!

The taste of beer vinegar can be described as follows: hearty, malty and redolent of hops. Its fruity, bitter character tastes best on fresh salads together with pumpkin seed oil. Beer vinegar is also used as a secret ingredient by creative chefs for enhancing sauces for game or other dark meat. Whoever likes rustic cuisine is on the right track with beer vinegar. Potato dishes, beans, lentil hotpots or brawn all gain that special something after a few splashes of beer vinegar from Pödör have been added! 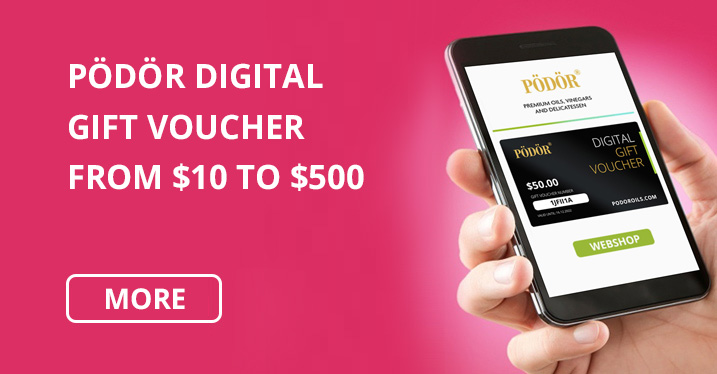 Can we help you? 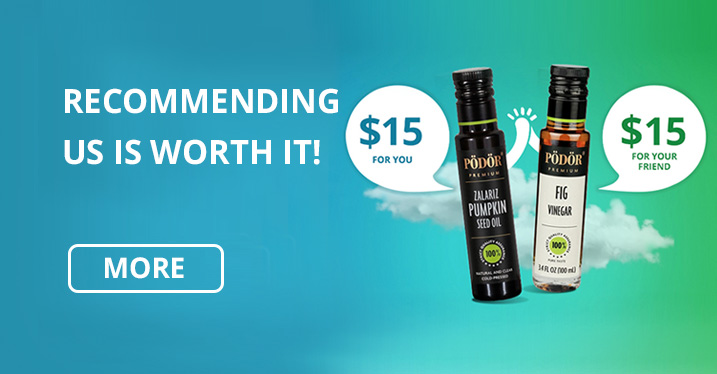 What makes Pödör products so special?

Tips and advices from our health experts.

JOIN US AS OUR PÖDÖR CLUB MEMBER

More
JOIN US AS OUR PÖDÖR CLUB MEMBER
More

As a retailer, merchant or gastronomy business, you have the opportunity to enjoy wholesale prices and other benefits. You can decide on the range and amount of Pödör Premium products to have in your store or act as a PICK UP partner.

More
REGISTER FOR OUR NEWSLETTER
Monthly
Special discounts up to -30%.
Additional 5% newsletter discount for subscribers after every purchase, even for items on sale.

RECOMMENDING US IS WORTH IT!